[Mirrored from Slack]Can we implement a change to the MS and alias system, that un-used/undefined to be able to expire?

This is mirrored discussion from Slack.

One question from Telegram group.
if Ardor could be able to implement a change to the MS and alias system, for currencies and alias un-used/undefined to be able to expire?
He is curious about why non-expire approaches have been made for these features. 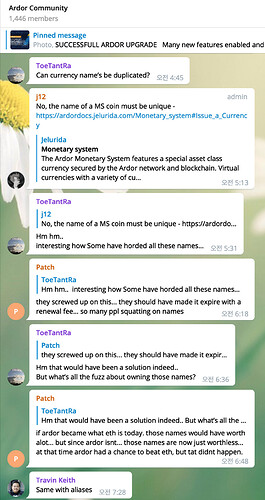 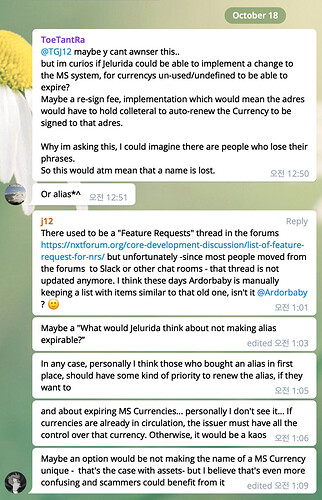 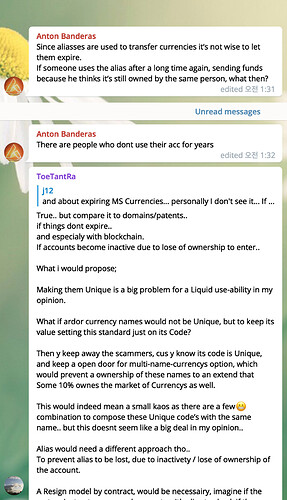 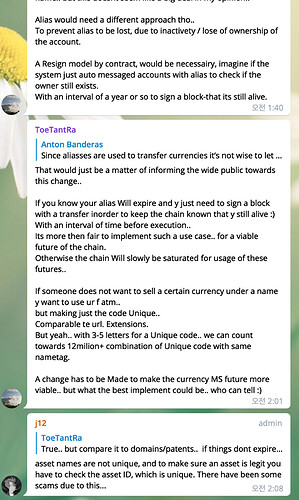 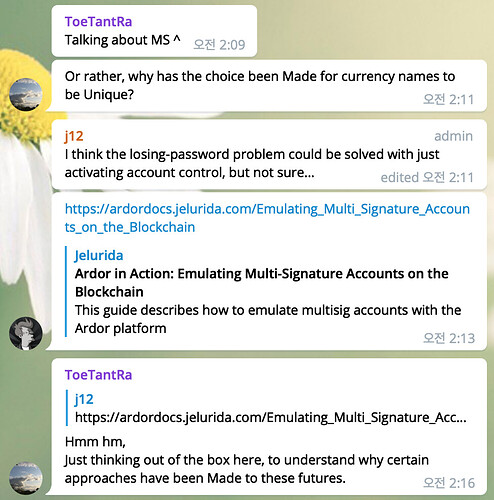 Tre
Maybe a change for future currencies with a refundable component to provide an incentive to dissolve an unused currency.
Currencies could cost a similar fee plus a large refundable part that is returned when the currency is dissolved.
Permanent currencies could still be possible but the cost would be much greater to maybe limit speculative squatting.
Maybe 3 tiers.
The most expensive total is a currency with a refundable component. For example 5% fixed issue cost with 95% refundable.
Next expensive is a permanent currency as now.
Least cost a currency with fixed issue cost but with an upkeep.
I think that the past problem was because MS/ALIAS were too cheap for few characters. The cheapest tier permanent could be moved to longer character combinations.

josenxt
hmm… but who would refund it? and/or from where?

tre
Not who - it is the consensus. Similar to how tokens are locked by the coin/asset exchange built-in smart contract. The tokens exists but they are removed from the guaranteed balance until released.

josenxt
Ok. What about users -other than the issuer- who are holding the coin and don’t want the currency to dissolve? Does that mean that the issuer will be able to kill a currency and erase all the user balances for this currency? - and maybe even reissue a new coin with the same name?

tre
Good question. I guess so. Unless there are conditions such as dissolve only if there are no outstanding holders (refundable tier) or allow any account to pay for the upkeep - generating fees for the forgers/block-generators to support the platform.
Maybe allow converting to a permanent currency by paying the higher fee.
The currency users will be able to discover if that currency has the potential to be dissolved so losing all tokens (and when) should be expected. There exists permanent currencies if needed for the use case.

mrv777
I think this is important if there is any hope of one of these features being massively used, no matter how easy/hard it is to do

We cannot change the rules for existing aliases and currencies to make them expire like domain names, this will rightfully upset their owners who will see it as their property being confiscated (if you need to keep paying for something, you are renting it - it is no longer your property).

To solve the problem of lost passphrases for accounts holding aliases, the only compromise I would consider is expiration after a very long period of account inactivity (years, not months). But this is not that simple to implement and would require additional tracking of when an account was last active, since with transaction pruning this information would no longer be easily accessible by querying the transaction table. Doing that only in order to be able to expire aliases is not justified, unless we also have other reasons to implement it.

For currencies, it would be even harder to define when a currency is no longer used or accessible, once it has been distributed to other accounts. I don’t think we would ever consider expiring currencies on Ignis.

If we need to launch a new child chain that needs to use the alias system or the monetary system, we would evaluate again if some expiration - or more likely, transaction type specific permissions - should be implemented for that child chain. One reason aliases and MS are disabled for the GPS child chain is exactly that we don’t want those to be squatted, until the Triffic team has decided what rules should apply for their reservation and expiration.